First…I HAD A BLAST!

Second…I have NOT roller skated since MIDDLE SCHOOL…and I’m currently 3months away from graduating college!

The Delta’s and Kappa’s of Michigan State University threw an amazing ol’ skool skating party a few weeks ago. I had reservations about going at first, but ultimately I’m glad I went. I definitely thought I was in ATL the movie or something! It was BANANAS!

I woke up the next morning with severe aches and pains…everywhere…abs, legs, back, wrists, ankles, etc.! BUT it was WELL worth it. 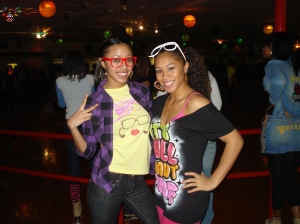 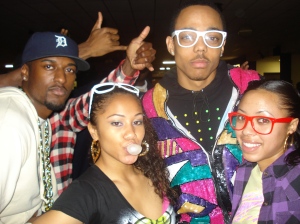 I was kicking it with my girl Kelly, and she put me up on  an upcoming story in Young Detroiter Magazine. In honor of Black history month, a story commemorating some of the top African American fashion pioneers will be gracing the publications pages.

Known for our flamboyant style and trendsetting swagger, African Americans have been making fashion statements since the beginning of time.

Black History Month is not just for remembering those who made changes in laws that we follow today or granting African Americans rights that we now exercise (like the right to vote).

Along with those rights came the right to express our individuality.

From the runways of Milan to the showrooms of New York we bring our pioneering creativity to you. We have not only made history with being political leaders, but we also have been know to be leaders in fashion.

Here are just some of the African Americans who have had an impact on fashion. 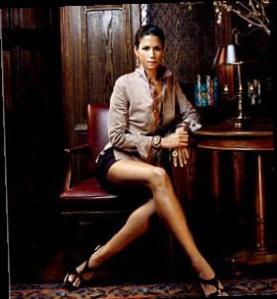 Veronica Webb– was the first Black model to sign with a major cosmetics company (Revlon).

Alex Wek– is a Sudanese model that, aside from gracing magazine covers and being featured in ad campaigns, has walked the runway for high-profile fashion designers such as John Galliano, Donna Karan, and Calvin Klein.

Tyra Banks– the first African-American to grace the covers of GQ, Sports Illustrated’s swimsuit issue, and the Victoria’s Secret catalog. 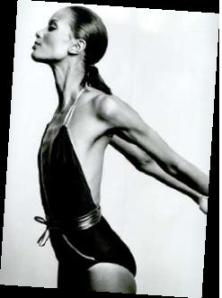 Beverly Johnson– was the first African-American to grace the covers of American Vogue in 1974 and French Elle.

Donyale Luna– is an African American fashion model of the 1960s and early 1970s. She was the first black model to appear on the cover of British Vogue. 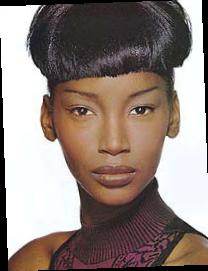 Beverly Peele– was the first African-American to grace the cover of Mademoiselle in 1989.

Naomi Campbell– was the first Black woman to grace the covers of French Vogue and Time.

After four years of attending Michigan State University, I FINALLY decided to participate in an on-campus activity! Yay me 😎 Better later than never.  MSU Next Top Model.

Any-hoot…So the thing is, ten girls were chosen out of like twenty-five, to compete in an America’s Next Top Model spoof. We all had to audition, record a confessional, strut out stuff in our highest heels, and other crap like that.

I hate taking pictures, so my personality obviously shined through because they picked me, and they used a portion of me singing “I’m going down” by Mary J. Blidge, for the promotional video footage! LMBO! Embarrassing because I CANT sing!

As I get photos from the various shoots….I’ll update this post. Until then, here is a group shot! 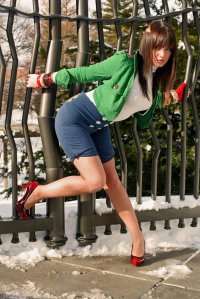 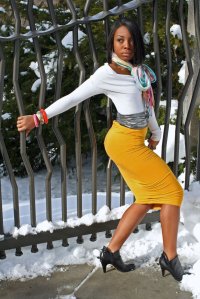 OK…so I met this guy (kinda …not that simple LOL), but he was pretty cool and very stylish.

His name is Aaron Reid and he happens to be the son of Grammy Award winning Record Executive, song writer and producer, L.A. Reid. Go figure.

I checked out his blog (The Aaron Reid Experience), pretty impressed, so I asked him to do a photo shoot for Fli Pelican. That went cool, so I asked for a little interview (YES. I WAS DOING THE MOST). I was interested in what he had to say as it pertains to fashion, influences and stuff. SO  this is what he said:

“my influences in terms of fashion come from Jimi Hendrix, Bob Dylan, Kanye, Jay, Karl Lagerfeld, My dad.. and a whole bunch of other people.”

Yeah I probably could have asked a few more questions, but I didn’t want to seem crazy.

How cool is he? Check him out.

I really love Married to the M.O.B!

Although 99.9% of their stuff contains some type of obscene word or phrase (LOL), they make very stylish stuff. My personal fav’s are their Tee-shirts and Hoodies. The pants and stuff can get a little too busy for my taste, but I’ve still seen people pull them off.

So…for a while I though I was they only chic on MSU campus with the infamous “Money over B-word’s” shirt (SO wrong), since that’s not true anymore or probably never was, I still like to think I was one of the firsts :-p

Here are a few cool shots of their stuff. Check them out. 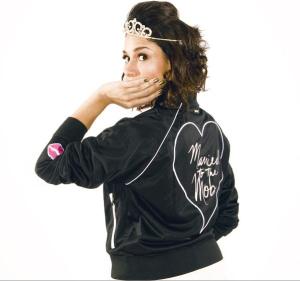 I’ve ran into a lot of randomness over the past couple weeks that I want to share. Before I get to that stuff, I want to point out March’s issue of Nylon Magazine. I probably only want to share this because Nylon happens to be one of the DOPEST, most colorful, most everything, fashion magazine out…but Pharrell is on the cover 🙂

Aside from the fact that he is totally dreamy, gorgeous, etc., he is pretty stylish. Enjoy.

P.S. I added the vido footage from his cover soot (curtosey of my Ill-advised non-conformist friends)

This may have absolutely nothing to do with anything…but I love this pic of Cassie! Simple yet Chic, and check out the Christian Louboutin’s adorning her feet 🙂 This is FASHION.

Random…but I found this interesting. According to Wikipedia.com:

Fashion refers to the styles and customs prevalent at a given time. In its most common usage, “fashion” exemplifies the appearances of clothing, but the term encompasses more. Many fashions are popular in many cultures at any given time. Important is the idea that the course of design and fashion will change more rapidly than the culture as a whole.

…wonder would my little cousin understand this? LOL

Yeah…so what is Fashion anyway?

I asked my 5 year old little cousin, and this is what she told me…

“Fashion is all the cool stuff that makes us look pretty.”