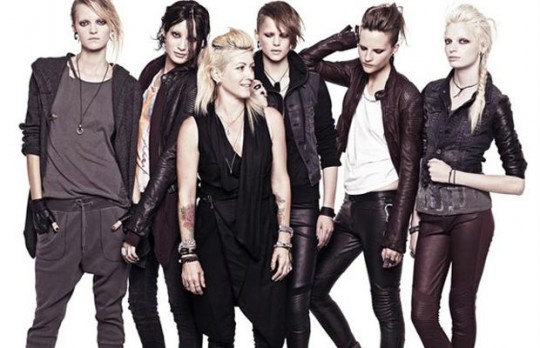 H&M is partnering on a capsule collection with the costume designer, Trish Summerville (that’s her in the above image front and center with the blonde mohawkish hair), for the flick Girl With The Dragon Tattoo, which opens in December. In the fashion world the movie has already received quite a bit of buzz because Rooney Mara, one of the actresses appearing in the movie, was featured on the cover of Vogue’s November issue.