The Cirque du Soleil show sounds like an elaborate experience, almost like a little trip into the world of Michael Jackson. 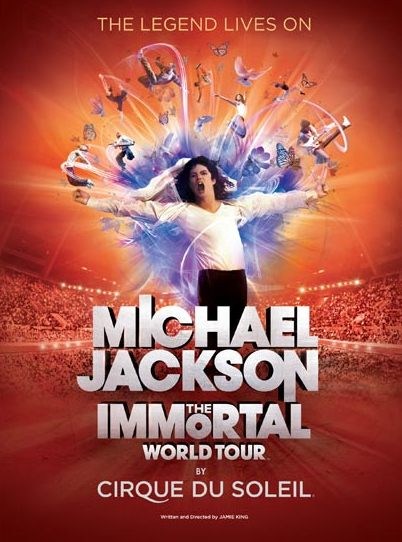 Read on for North American show dates and extra information.
The sets are extensive and change periodically. During the show, the gates of Neverland, a giving tree, a floating balloon, giant wire animals, and wire contraptions all make an appearance to add more creativity to the scenes.

The theme of the performances center around the loves of Jackson’s life: “music, dance, animals, creativity, and childhood whimsy.” To make it even more touching and (possibly) tearjerking, a projection screen lights up the background with photos, videos, and voice recordings of Michael throughout the acts.

The show was approved by the Estate of Michael Jackson and has the support of the Jackson family. Michael’s three kids, their mother, and his brothers Tito, Marlon, and Jackie all attended the premiere in Montreal (Oct 2).

Michael Jackson The Immortal will play in 47 North American cities. It opens on October 15th in Detroit and will go on tour until it settles down in Vegas in late 2013.

Do you want to go see the new Cirque du Soleil show?